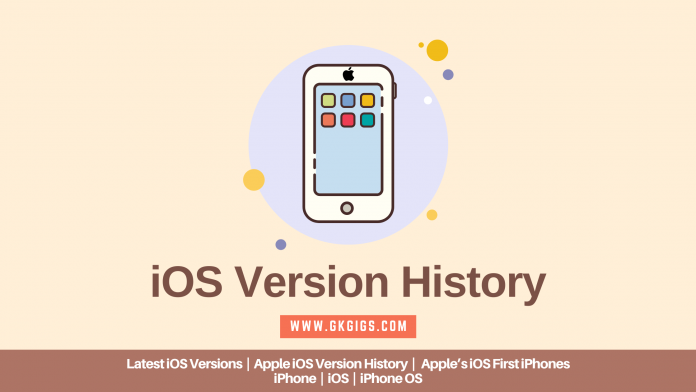 Are you looking for Apple iOS Version History? Well, you came to the right place!

The Operating system was first released on 29 June 2007 with the first phone from Apple known as the “iPhone”. iPhone users receive the new version of iOS every year in the month of September.

It has been observed that there are many users who can’t wait for the public release, so they sign up for the beta program. With the launch of new versions of iOS every year, Apple Also releases a new iPhone with the new iOS.

iPadOS was launched as iPadOS 13 in 2019, reflecting its status as the successor to iOS 12 for the iPad at the company’s 2019 Worldwide Developers Conference (WWDC).

Check the Apple iOS version history and find out which out you’re using. Click here to reach the First iOS iPhone.

The List Of Apple iOS Version History Is Updated After Every New Release Of The iOS Version To Give You The Latest Information Available.

Related: List Of Top 21 Computer Companies And Their Founders

As Apple releases iOS every year, with it comes the new iPhones. Check out the list to find out which iPhone had which iOS version.

Thanks For Reading The List Of Apple iOS Version History