Are you looking for macOS Version History? Well, you came to the right place!

Before we dig deep into the list of version history, let us have a short introduction to macOS.

Apple had been using the Macintosh Operating System from 1984 to 2001 which included its final release of MAC OS 9 in 2001, the Mac OS X 10.0 (Cheetah) was a direct descendant of the operating system.

Apple used the “MacOs X” term for their operating system from 2001 until 2011 and the “OS X” term from 2012 to 2015. Although it was originally marketed as simply “Version 10” of the Mac OS (indicated by the Roman numeral “X”), it has a completely different codebase from Mac OS 9.

macOS At A Glance

Like every other Operating System, Apple started its macOS with a preview version of macOS X which is internally codenamed Kodiak. It was released on 13 September 2000 for $29.95 to gain feedback from users and developers.

Apple made many changes to the UI based on customer feedback, and the Beta Version of macOS X was marked as the first public availability of the Aqua interface. Apple’s Mac OS X Public Beta expired and ceased to function in the spring of 2001.

Related: List Of All Apple iOS Version History And The First iPhone (2023)

Related: List Of Top 21 Computer Companies And Their Founders

Related: 100 Facts About Elon Musk You Never Heard On The Internet

Related: List Of Top Websites On the Internet And Their Founders 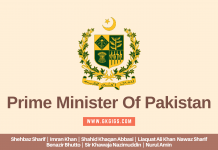